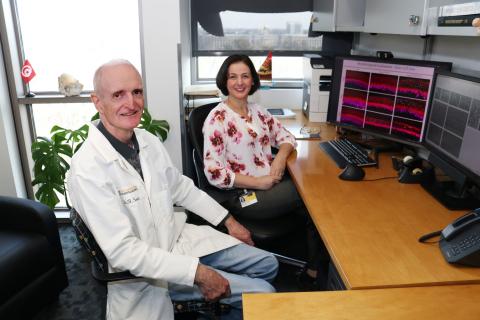 Hearing impairment is the most frequent sensory deficit in humans.  It affects more than 250 million people worldwide and has a broad impact on quality of life.  Not only does it limit the ability to interpret speech sounds leading to delayed language acquisition in children and reducing the ability of hearing-impaired adults to communicate, but hearing impairment also leads to economic and educational disadvantage, social isolation and stigmatization.  Dramatic progress has been made in our understanding of hearing impairment through the mapping of more than 170 loci for non-syndromic hearing loss and the identification of more than 120 deafness-causing genes.  Scientists in the MORL have cloned or collaborated in the identification of more than 20% of these genes and are exploring new ways to treat hearing loss.

Tremendous advances have been made in our understanding of the thrombotic microangiopathies (TMA) and it is now clear that distinctly different mechanisms underlie the pathophysiology of this group of diseases known previously as TTP/HUS (thrombotic thrombocytopenic purpura/hemolytic uremic syndrome).  Establishing the role of complement in HUS has led to the development of anti-complement therapies that have improved patient outcome to such an extent that for children and adults with complement-mediated HUS (also known as atypical HUS or aHUS) long-term health is now a reality.  Scientists in the MORL have contributed to this body of work in many ways and continue to focus on defining the different mechanisms that underlie aHUS to develop more refined diagnostic and treatment algorithms, resolve questions of phenotypic variability, and provide more precise patient care.

C3 Glomerulopathy (C3G) is the new designation for the group of glomerular diseases characterized by a dominant C3 immunofluorescence pattern on renal biopsy.  Two major subgroups of C3G exist and are resolved by electron microscopy: Dense Deposit Disease (DDD) and C3 Glomerulonephritis (C3GN).  Scientists in the MORL have made significant contributions to defining the genetic and acquired drivers of C3G and in defining the perturbations in the complement system that reflect disease activity.  MORL scientists are also focused on developing new ways to treat C3G.

If you are interested in being a part of our hearing loss or kidney disease studies please contact Dr. Richard Smith, director of the MORL at: